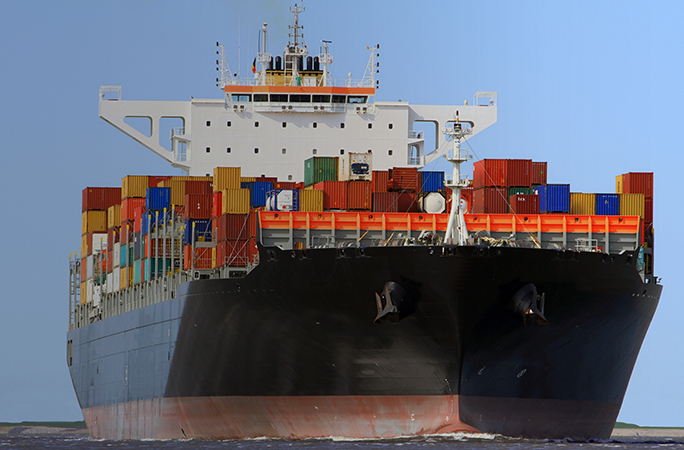 In 2014 however the size of contemporary vessels makes these figures look paltry. At 400 metres long, 59 metres wide and 73 metres high, Maersk’s new Triple-E class containership, expected to enter service this year, is setting new standards. With the ability to carry 18,000 twenty foot containers capacity will be 16 percent greater than its predecessor, the Emma Maersk. To put this in perspective, a standard twenty-foot container can accommodate 6,000 pairs of trainers while the new Triple E Maersk class can accommodate around 111 million pairs of trainers – enough to supply the entire population of Mexico.

Not surprisingly the size of such cargo raises interesting challenges for underwriters. According to Munich Re, the insured value of the cargo is frequently in the range of EUR1bn or more. An accumulation of individual major risks, such as a collision between two so-called mega-ships such as tankers or new super-sized container vessels is now a realistic risk scenario given the steadily rising tonnages and increasing density of shipping traffic. And this isn’t merely a cargo insurance issue as a collision may not only result in the total loss of cargo and vessel, but the ship-owner’s liability insurance may also have to pay the cost of remedying possible environmental damage.

Of course while such projects present huge opportunities for the insurance market, they really raise the bar in terms of understanding the increasingly complex nature of the risks which underwriters must now tackle. The industry needs to capture and track their underlying exposures with much greater precision to better understand the relationship between risk accumulation and risk pricing.

There is a genuine problem for the marine market faced with the rise of super-sized vessels. As matters stand, the industry does not properly capture underlying data in a granular format and there are no adequate models which support an integrated approach to accumulation control and risk pricing. This leads to a disjointed position, where premium pricing and accumulation control are separated processes.

Underwriters need to capture and monitor underlying exposure, and establish a model-driven approach to establish premium and exposure accumulation calculation so that sustainable service levels can be maintained into the future.