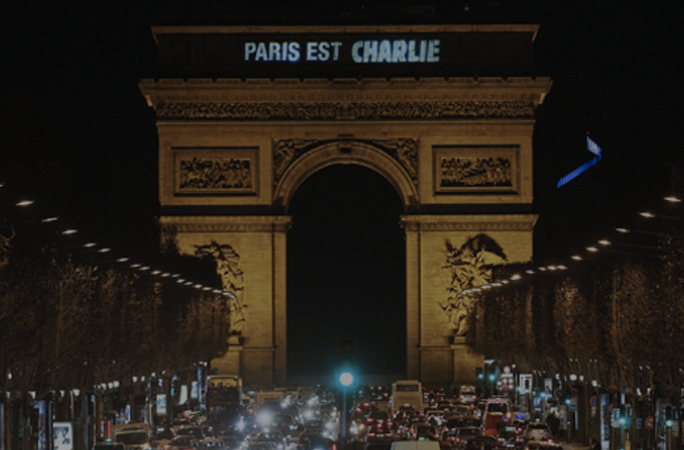 In the week following the Paris terror outrage, the eyes of the world have been focused on France and its response. Once the initial human shock has subsided, thoughts will turn to security and prevention measures, risk management and then financial consequences.

It may be too soon to assess the economic consequences of the Charlie Hebdo terror plot but aside from the tragic deaths of the magazine’s employees and the business itself, the effect was that the City of Paris was effectively shut down for two days.

Costs of death and damage caused by terrorism can be cripplingly expensive. Losses of life and infrastructure on Sept.11 cost upwards of $55 billion in New York alone, while increased security efforts, decreased economic activity and other costs amounted to more than $3.3 trillion, according to the Global Terrorism Index report from the Institute for Economics and Peace.

Paris, like New York or its close and similarly aged neighbour London is a resilient global City, which has experienced great shocks and damage in its long history. It will recover from this latest terrorist episode. In the short term, however, there may be repercussion on the tourist trade and the City “brand” may take a hit.

The episode demonstrates quite clearly that political risks reach far wider even than the terrorists could hope for by impacting business, causing disruption to everyday life as well as affecting the economy. Risk managers and insurers will surely have taken note.

Data sharing and greater analysis of political risks will increasingly come into play when Underwriters assess their loss exposures and the potential impact on their Specialty class risks, whether they are in Property, Marine, Aviation or simply exposed to Business Interruption supply chain risks.

Every new terrorist plot and attack brings us onto new ground it seems and the same is also true of cyber warfare – and cyber terrorism. This week the BBC reported comments by Sony Pictures Chief Executive Michael Lynton that there was no precedent for how to deal with a hacking attack on the scale of that which hit Sony Pictures, its chief executive has said.

Michael Lynton said his firm had "no playbook" on how to respond. Lynton said that, immediately after the attack came to light, his company scrambled to restore communications, digging out old phones and working out how to pay staff with paper cheques.

"There's no playbook for this, so you are in essence trying to look at the situation as it unfolds and make decisions without being able to refer to a lot of experiences you've had in the past or other people's experiences. You're on completely new ground," he said.

The attacks on Paris and Sony, in their own parallel ways, break new ground. We have entered a strange new world where the acts of a few can cause disruption to the many.

The Terrorism Risk Insurance Act (Tria) was created in 2002, following the September 11, 2001 terrorist attacks. At the time, acts of terror were uninsurable in the private market. The growth of Tria and Pool Re in the UK has meant these programmes have needed to evolve to recognise the environments in which they operate.

Terrorism and cyber risks are always evolving and this needs to be addressed by the reinsurance community, whose capital requirements are already being stretched by Solvency II. As another article explained this week in Solvency II News, an industry expert has warned that 2015 would be the ‘make or break’ year for European insures as the industry works on implementation of the Solvency II regulatory regime.

Simon Gallagher, head of the insurance industry group at international accountancy firm Moore Stephens, said the industry is “facing a challenge to maintain profits in a tough environment while also being seen to be treating customers fairly in an invasive regulatory environment.”

2015 promises to be a big year for reinsurance aggregate management, in response to actual market losses such as terrorism and cyber, while Solvency II pressures will force many reinsurers to model multiple loss scenarios and manage their aggregates accordingly.

Data, analytics and risk modelling can play an important role in allowing reinsurers to accurately assess their loss exposures while helping them to free up precious capital.