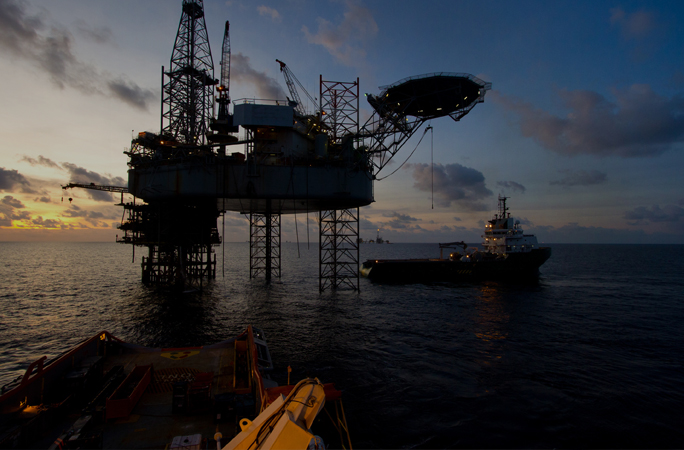 Vendor Risks, Cyber Events and the Power of Data

According to IUMI’s 2012 Mobile Offshore Drilling Unit Statistics report, the size of the world drilling rig fleet increased to 833 active units in 2012. The previous year the world fleet stood at 808. As has been the case for the past few years, the Gulf of Mexico fleet has not shown any growth. The new rigs coming on line are almost all deepwater-capable units.

The rig building boom that began in 2008 in response to the industry’s need for more deepwater drilling capacity, continues, the IUMI report says. 36 new builds were delivered in 2012 and 74 new builds are scheduled to be delivered in 2013. According to IUMI, rig construction will continue at an elevated pace to meet the deepwater drilling demand in for the foreseeable future.

Permitting and drilling activity is returning to historical norms in the Gulf, the IUMI report concluded. 2012 was a relatively quiet year, there were no Atlantic named windstorm rig or platform losses. Attritional loss activity was roughly in line with the levels of the past few years.

Energy underwriting clients, however, will continue to require support and advocacy as to the best ways of managing their energy exposures in future, with adequate pricing, sufficient capital allocation and modelling.

Key Energy Insight: “We are seeing a much more regionalised world than we had [hurricanes] Katrina, Rita and Wilma [in 2005]. When those losses happened, it was an energy market-changing event. Now, people tend to pocket their exposures according to regional zones and the pricing tends to affect regional contracts rather than international ones.” Dieter Berg, Munich Re, quoted in Insurance Day

Power Update and News on Losses

Weather-related losses represented 22% of all the claims costs incurred by power-generation underwriters between 2004 and 2012, resulting in insurance payouts of $1.8bn, according to research by broker Marsh.

This is despite weather-related losses only accounting for 12% of market losses during the same period.

Marsh’s study found the majority of these claims can be attributed to one or a variety of issues relating to the location, technology and maintenance employed at sites. Marsh also found weather-related losses were not the only claims that exhibited a disproportionate cost to their frequency, with structural losses (including collapses) also demonstrating a similarly high per-event impact. Structural losses represented only 4% of the total losses suffered, but 11% of the dollar value.

Willis cites 44 power and water projects in the Gulf Cooperation Council countries, with a total value of $31.9bn, that are either under construction or due to start this year.  In addition, the broker says, there is the $100bn pledged by Saudi Arabia to growing its power sector over the next 10 years.

Despite the combined effect of large single events and attritional losses in 2011, global underwriting capacity for power generation remained relatively unchanged throughout last year, at around $4bn at year end 2011

In our consultations with energy (re)insurance underwriters, there is an increasing focus on capturing more structured data to enable deeper analysis.  That is why Russell’s new ALPS Energy offering will enable those working in the offshore energy market to manage data processing more effectively and more accurate and consistent calculation of assumed exposures.

The Costa Concordia grounding and the accumulated losses following Hurricane Sandy exposed the Marine insurance market to its two worst losses ever.

Following the estimated $3bn hit from last year’s Hurricane Sandy, the Marine (re)insurance sector is re-assessing its exposures. In addition to Sandy, Marine underwriters were also exposed to the market’s other major loss, the Costa Concordia, which we might describe as an event that could be foreseen.

The Marine losses that arose due to Hurricane Sandy, however, were not foreseen.

Market Insight: 2011 has been called the Year of the Unmodelled Loss – and the market’s second-worst catastrophe year on record, with insured losses exceeding $100m and reinsured losses more than $50bn, according to Willis Re’s renewals report.

Key Marine Insight: “[Hurricane Sandy] was a wake-up call for the marine market. The overall loss was about $30bn and the Marine loss is expected to be $2.5 to $3bn, equal to 10%. But Marine is less than 3% of total US property/casualty premium income, so there’s a disproportionate participation of the marine market on the overall loss.” Dieter Berg, Munich Re, quoted in Insurance Day

Meanwhile, as news pictures of the recovery of the Costa Concordia, fill TV screens during the writing of this Russell Energy and Marine Report, there are increasing calls for a separate pillar within the International Group XOL reinsurance contract specifically for wreck removal.

According to reports, removal costs of the Costa Concordia wreck are approaching the $1bn mark and some anticipate the cost will be much higher. In addition to the Costa Concordia, the Marine Market has also had to pick up the exorbitant bill for the wreck removal costs of the MV Rena containership, which grounded off the coast of New Zealand in 2011. The unexpectedly large removal cost for the MV Rena is estimated at more than $300m.

Key Marine Insight: “Claim amounts have increased owing to the above-inflationary increase in removal of wreck amounts...Worryingly, removal costs seem to be increasing and look to continue doing so for the foreseeable future.” David Martin, Tokio Millennium Re, quoted in Insurance Day

Munich Re has now gone on the record to say that excluding wreck removal from the usual cover offered by the International Group’s XOL contract may be one way to limit such increases.

An integrated risk management framework for Marine (re)insurers is essential to meet the increasingly complex requirements of the specialist Marine (re)insurance market. That is why Russell plans to extend ALPS in 2014 to cover the Marine classes of business.

For more information on how the ALPS Energy and Marine suite of products provide Russell’s clients with an integrated risk management framework, go to www.russell.co.uk.