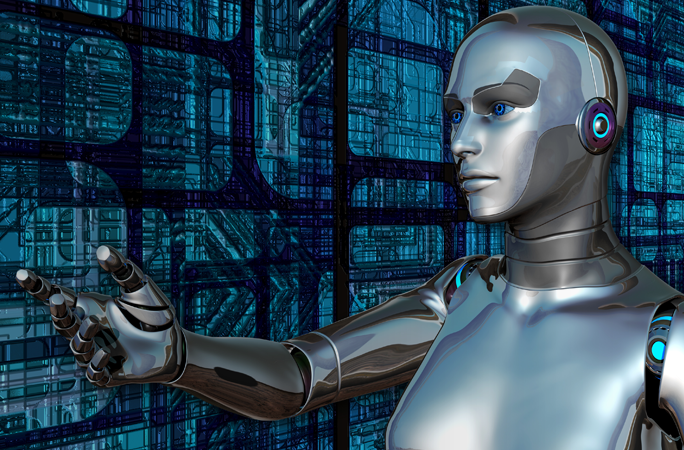 “The rise of robotics, cyber conflict, geo-political meltdown and a return to cold war economics — the list of alarming disruptors heading our way is enough to chill the blood of even the most bullish shipowner,” – that was the barnstorming first sentence of a news story that appeared in global shipping magazine Lloyd’s List recently. Russell Group was intrigued because the words could have been taken from any one of a number of white papers we have written recently on such subjects.

As the news writer of the piece, which focused on the bi-annual Nor-Shipping scene-setting sessions in Oslo, goes on to acknowledge, we have not quite entered the end of the age of shipping as we know it – the industry after all has endured countless global recessions, political interference, wars, and pandemics.

The cost of capital, however, is a perennial issue that never goes out of fashion, with the report outlining that: “Big data, robotics, fuel efficiency and gas-powered propulsion were all cited by the industry experts on stage as technological opportunities on their radars, but the more pragmatic realities of cost control and cost of capital were cited as being higher up their respective agendas.

It was ever thus.  There is mounting concern that the cost of capital and a weak macroeconomic environment is creating ‘severe challenges’ for certain insurers’ business models as a new report by the European Insurance and Occupational Pensions Authority (EIOPA) has outlined. Gabriel Bernardino, Chairman of EIOPA said that it would be a challenge for insurers to continue profitably without assuming more risks and therefore potential liabilities, of course.

In the reinsurance sector, meanwhile, The Actuary magazine, quoting from the EIOPA report, stated that: “risks arising from the low yield environment might lead the reinsurance industry to consolidate, while reinsurance premiums had been pressurised because firms continued to face competition from non-traditional sources of capital.”

It seems that the (re)insurance sector is about to enter a period of unprecedented re-structuring when business models will come under scrutiny as never before from regulators, capital providers, shareholders and of course internal senior leadership teams seeking new ways to monitor their risk exposures as well seeking superior returns on investment.

In such an environment the danger is that financial bodies will assume too much risk leading to institutional failures and the consequent knock on effect to counter parties.

Moreover, as a recent Swiss Re ‘Open Minds’ blog recently commented: “Banks and insurance companies will, however, require different types of macro prudential regulation. What works for one may be counterproductive if applied to the other. For example, current monetary regulations put pressure on insurers to invest in sovereign bonds rather than in investments that would support economic growth and employment, such as infrastructure investment. This environment of financial repression results in accumulation risk, which may in fact contribute to financial instability.”

Insurers exposed on a ‘per risk’ basis will always have their own concerns, approaches to risk mitigation and ways of sharing or pooling their risk. Russell Group, however, is increasingly concerned about the growing accumulation risk caused to reinsurers in a world where the world’s largest organisations – Fortune 500, for example – are increasingly presenting a myriad of exposures across territories and vertical business sectors.

Who can say what the precise aggregate risk is for the global reinsurance community, can we even say with any precision what the trends are? What are the parallels between trade credit and political violence risks, which includes terror and war, and potentially cyber and supply chain risks? Lastly, are reinsurers as in control of their accumulation risk as some of them think they are?

Russell Group is of the opinion that many (re)insurers today are making progress, that Solvency II regulation is forcing many underwriters to adapt new approaches that will stand them in good stead in the long run, however, more needs to be done to understand aggregate loss exposures today.

We are in discussion with a number of reinsurers on this very point and will be releasing new research over the next quarter that outlines possible solutions and methodologies going forward.